… around the Saturday night campfire, I asked Guy Fortier if he would consider dropping the “Eastern” from the Eastern Ontario Norton Owners. 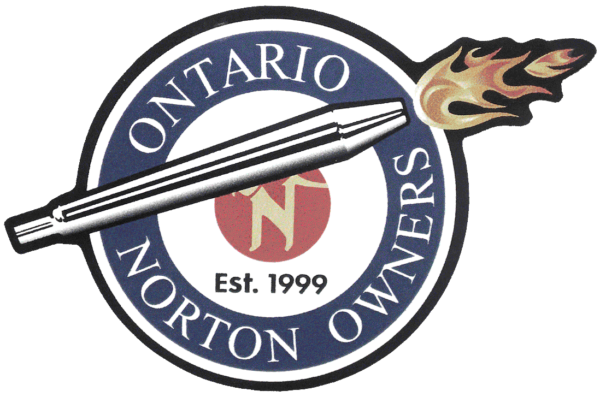 M y first learning of a Norton group in Ontario was in 1995 in the Norton News, they were holding the Black Fly Rally north of Kingston in June of 1996. This is where I was introduced to the Eastern Ontario Norton Owners, a tight group of Norton riders from the Kingston area. Holding this rally got the attention of other serious Norton Fanatics. We, as the riders not from the Kingston area, went to find good roads and with some roads under construction – read gravel, tight corners and brakes not up to speed –  we had the Bent Shifter Award.

Went to 1997 and the group from the other side of Toronto was getting bigger. In 1998 around the Saturday night campfire I asked Guy Fortier if he would consider dropping the “Eastern” from the Eastern Ontario Norton Owners. After the rally I am told that all members were asked if Eastern should be dropped. All but one person agreed and in 1999 it was enthusiastically agreed that the new club name was to be Ontario Norton Owners.